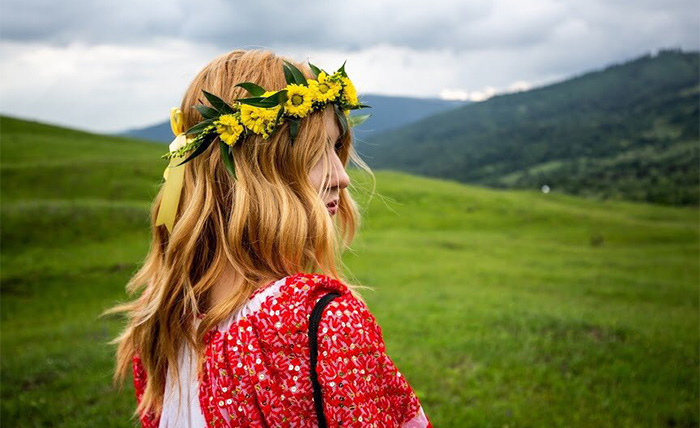 In 2020, it will be 7 years since Ia Day is celebrated internationally, officially on June 24, also known as Sânziene Day. The intense promotion of this day has determined modern women to give more importance to the folk costume, especially since for several years, Romanian designers have been creating stylized ones, easy to adapt to city or event outfits. As a result, on Romanian Blouse Day, women proudly wear and carry on the beauty of Romanian traditions.

The connection between Sânziene and Romanian Blouse

Ielele are presented in Romanian folklore as unearthly beauties, which, like Luceafăr, are shrouded in an aura full of mystery, evil, which transmits fear. There are several legends that present the ielele, but some common aspects denote the specific criteria of the myth: the ielele are nymphs of the air who dance in a dizzying chorus and, through their charm, seek to seduce the human, to highlight their vulnerability. Their name is associated with the pronoun Them (feminine), and the clothes of the nymphs are diaphanous veils, meant to strengthen their image of air beings. And because the Romanian Blouse is a garment specially made only for women, Romanian Blouse Day was chosen together with Sânzienele, just as a celebration of femininity, traditions and strong Romanian symbols.

June 24, a intertwining of Art, Culture and Traditions

2020 is a year in which we reconsider everything that really matters, we remember what our values ​​are and what defines us and makes us happy. If until yesterday, foreign lands were more attractive for holidays, now we are rediscovering the national land and capitalising more on Romania, with all the beauties it offers us.

The artists have their own way of celebrating culture, that’s why a team formed led by the ballerina Alice Minoiu, together with the designer Izabela Măndoiu, made a special photo session. The main theme, Art on the New Stage is a project Ars Gratis Regalia, which aims to present the ritual of the Ieles through an artistic dance, made with the special grace of the ballerinas.

The scene was chosen in a natural setting, in Secăria commune, so that the story told would be authentic. Ballerinas Alice Minoiu, Raluca Jercea and Rebecca Rudolf wore Romanian clothes, sewn by women from the village, who still know and practice the art of hand sewing and weaving in embroidery or war.

The dance of Iele, in traditional Romanian blouses

In case you are wondering what the Sânziene have in common with the ballerinas, the answer lies in the skill of doing a flawless thing. Just as the nymphs did not fail to catch people in their nets, so the ballerinas have the power to enchant the viewer with their grace and their choreographic dance. We do not know for sure if the nymphs wore clothes or not, but we believe that their mage in diaphanous outfits better completes the imaginary of the story. And in the presented photos, both the femininity, the gentle movements of the Sânziene are highlighted, but especially the beauty of the Romanian lands, which complete the aesthetics of the land in Secăria commune.

Traditions were born in the village and it is the role of those who respect and appreciate the Romanian culture, to transpose it in related areas, to sensitize and excite a wide audience.

Bucuresti Mall – Vitan, in collaboration with Izabela Măndoiu, invite you to participate in a special CONTEST

Bucuresti Mall – Vitan gives great importance to traditions and supports Romanian designers, promoting their work, especially when it carries on the roots of national traditions. A clothing item dedicated only to women, it has an inestimable cultural value, being a symbol of the identity of Romanians and a binder of Romanians, regardless of where they are.

Izabela Măndoiu is one of the designers with whom București Mall formed a friendship in terms of collaboration within Alist Designers Boutique and, together, for the third consecutive year, announces a challenge, this time online.

On International Romanian Blouse Day, we START a CONTEST on the Instagram page of Bucuresti Mall, a contest addressed to all the ladies who follow the online activity of Bucuresti Mall and are impressed not only by the game of Ieles, but especially by the Romanian blouses signed by Izabela Măndoiu. Enter the Instagram page of  Bucuresti Mall, go to the post that includes the photos presented in the article, follow the rules presented here and you can win an authentic ie, sewn by hand. Happy holiday and good luck in the competition! 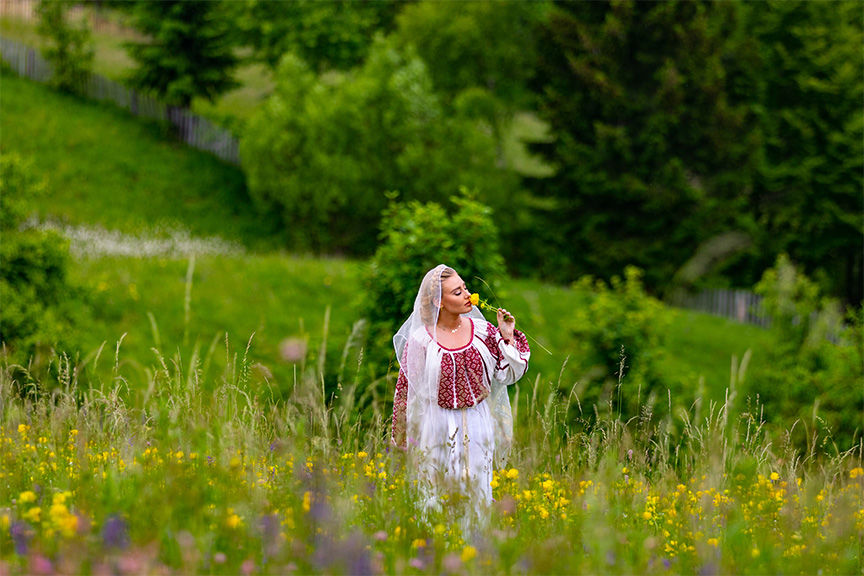