Two new bands are ready to enter the ring! Company 7 and Feelings are preparing for a battle with high stakes on June 12th.
They will have to fight until the last note at UNDERCOVER – The Battle of the Bands!

Marcel, Sorin, Radu, and Mihai are the four members of Company 7. Whether they are talking rap songs, funk, pop rock or R&B, the four know how to anime and how to make everyone dance. Company 7 are confident in their chances and can’t wait to go on the stage to show everyone that they deserve the audience’s appreciation!

Feelings band, set up in 2002, had so far thousands and thousands of performances on stage. Their members Răzvan, Claudiu, Cătălin, Lorin, Petruţ, Răzvan and Dan, knows each other since they were students of the same high school.
The passion for music and talent kept them together and took them to the highest heights, now being ready to go up on the stage at Bucuresti Mall – Vitan!

We welcome you once more on June 12th, starting 7PM, next to Carousel.
Access is FREE, so gather your gang and take part in a unique musical event! 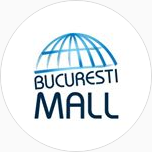